Green island, Cuba. The riches of Cuba extend far beyond its beaches and colonial towns.

The country offers an incredibly rich and diverse panorama of places where history and nature are spectacularly combined. 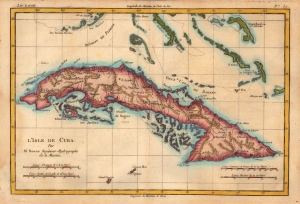 In the eastern Sierra del Rosario mountains, a biosphere reserve, one may discover the old coffee plantations which were constructed in the nineteenth century to take advantage of excellent topographical and climatic conditions for coffee-growing.

The Cienaga de Zapata swamp, near the Bay of Pigs, evokes the memory of the American invasion in 1961 but is also one of the most celebrated ornithological sites in the island.

The Sierra de Escambray mountains in the centre of the island, a refuge for fugitives during the early years of the Revolution, offers evocative memories of those times and the opportunity of swimming in its beautiful waterfalls.

All this almost causes us to forget the ‘poor relations’ of the region, Santa Clara and Yaguajay, where the companions in Revolutionary arms, Che and Camilo Cienfuegos, fought for freedom, and is it down to their efforts that we are still able to enjoy the ‘real’ Cuba with its welcoming people and unspoiled natural world. 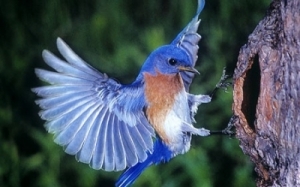 It is impossible to describe everything on offer, but also impossible to avoid mentioning the celebrated historical site of the Sierra Maestra in the east of the country.

Here French refugees from the Haitian slave revolution established themselves at the end of the eighteenth century and other rebels set up camp in the mid-twentieth century.

Nor may we omit the province of Granma, beside the sea, the site of disembarkation of the Revolutionary expeditionaries in Decemeber 1956, or the Sierra de Cristal mountains, for there, between gently rolling hills and stately Royal Palms, took place perhaps the most important landing of all: that of the year 1492.