La Ciénaga de Zapata ecosystem humeral is one of the more important karstic areas of the Cuban archipelago. With an area of 4 230 km2, include the marsh and swamp zones of the eastern and western ciénagas.

The genesis and evolution of the karst of La Ciénaga de Zapata, as well as, the acquisition of the actual geomorphic configuration, is associate to the glacioeustatic changes of the sea level and the paleoclimatic event, take its place during the Quaternary period, mainly in the Late Pleistocene-Holocene.

An age of 10, 000 ± 50 years B.P., using carbon 14 isotopic dating, had been calculated for the lower parts of the turbe deposits in the studied area, which can have until 7 meters deep. 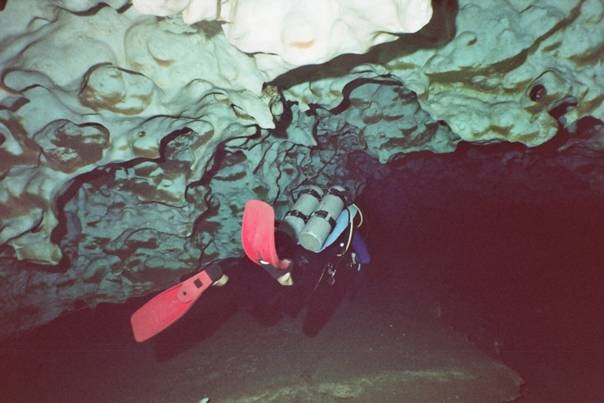 In the last two decades, hydrochemical studies have been developed in the area by several authors, and the types of waters have been defined on the base of the chemical-physical behavior. From the geomorphological, hydrodynamical and structural-lithological disposition of La Ciénaga de Zapata territory, some works about the hydrological regionalization were developed.

The Zapata Speleolacustre System, developed in the arrecifal limestone’s of the Jaimanitas Formation, is integrated by a group of dolines, caves, “casimbas or blue holes” and underground lakes. These morphologies are located in the south karstic area, between Cienfuegos and Cochinos bays.

The speleogenetical study of the casimbas or blue holes suggest the occurrence of a whole of evolutive phases, developed during the Quaternary period, with subaereal and flood phases in the history of the caves and the karstification.

The study of the human and animal bones, the lithic and the diet founded in the monuments (Mounds), in form of sepulchral mounds and the other types, suggest that La Ciénaga de Zapata archaeological sites belong to the preagropotter culture and is classificate as Guayabo Blanco (Cosculluela, 1965) (Rangel, 2003).

In their migratory route from the north of South America, these preagropotter groups with Mesolithic traditions, could have done populated the territories in Ciénaga de Zapata. Such groups practised fishing to live on obtained fishes, molluscs, jutia, tortoise, and other marine and terrestrial live organisms.

The topic could be approach from the hydromythological and Etnohydrological point of view, according the spatial coincidence in the area with some type of source of natural waters, taking account that for the aborigines, waters in nature were associated with gods, religious worship and socio-productive activities.