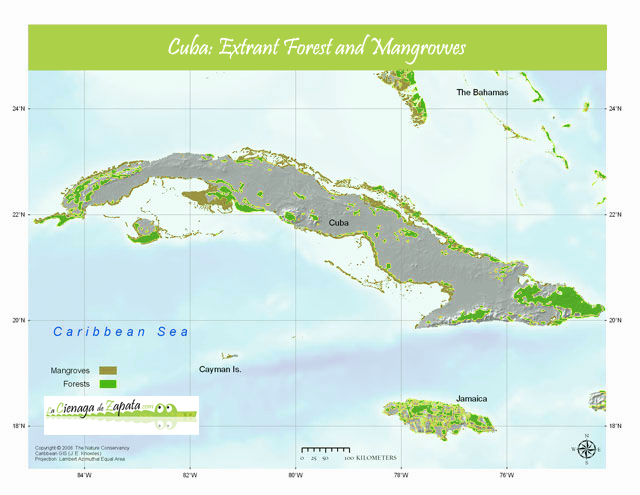 The Cuban flora and fauna state emblems consist of different species as the half of the 7000 species of plants in Cuba are endemic and nearly the 80% of the animals too.

There are 8 666 km2 of national conservation areas. National system of protected areas has 263 areas, 81 of national significance and 155 of local interest.  Cuba has neither dangerous animals nor plants, is simply a small paradise for nature lovers!

This reservation presents a great variety of environment and special soil types f.ex: forests as evergreen coastal and sub-coastal, semi-deciduous, Cienaga, mangrove etc., grasslands and its coastline is surrounded by smaller islands and lagoons within large, relatively unspoiled coral reefs. The reserve supports the main populations of the Cuban crocodile (Cocodrilus rhombifer) which is highly endangered and American crocodile (C. acutus) besides birds, there are over 175 species of birds, as the great flamingo (Phoenicopterus ruber), Zapata Wren, Zapata Rail, and the Zapata Sparrow. Around 9,000 people, mainly of Spanish origin, live in the reservation. The population working in agriculture, tourism, silviculture, apiculture, fisheries and handicraft.

Tourism is one of the most important activities, around 800.000 people visit the area annually, for the welfare of the local communities. As this biosphere reserve includes a whole catchment area and entire protected zones, all long-term projects for conservation, improvement of sustainable land-use actions is met. The Biosphere Reserve has been proclaimed a Special region for sustainable progress.

At 1,116,440 acres La Cienaga de Zapata is one of the most important, naturally preserved wetlands in the world. This wilderness not only functions as a wetland but contains 14% of Cuba’s natural forest, which makes it one of the Caribbean’s largest forests as well. It is an important home and breeding ground to many birds and rare species of animal and ocean life, including the West Indian Manatee and the increasingly endangered Cuban crocodile. 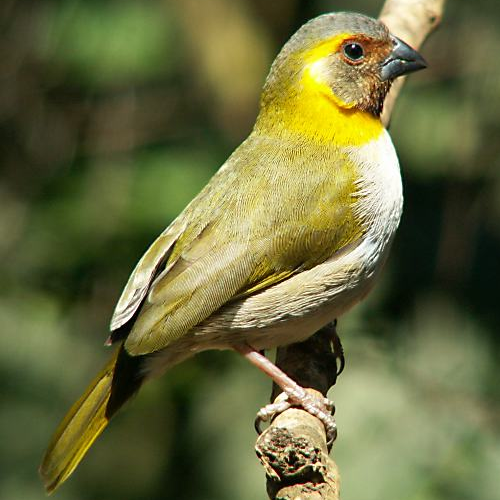 The Cuban Finch can grow to be approximately 9 cm. This bird tends to nest in shrubs. 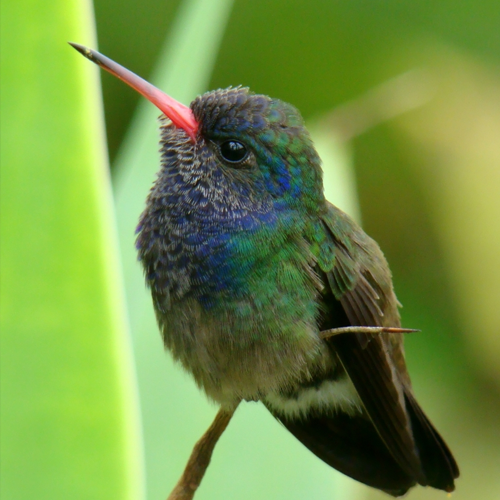 This bird is the world’s smallest bird species. This bird grows to a maximum length of 2.25 in. This species is an endemic bird species of Cuba. The Cuban Hummingbird has been labeled as threatened since 2000 due to loss of habitat. This species is usually found in forests, gardens, and valleys. 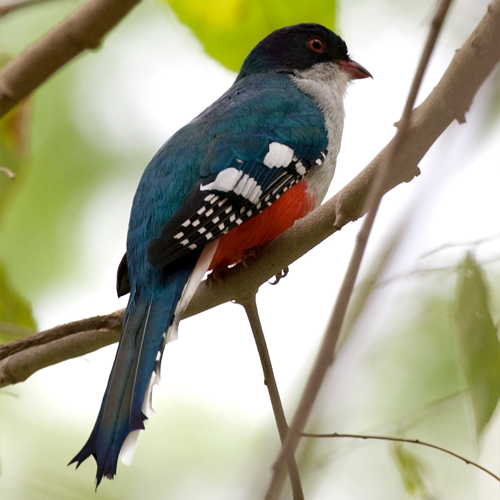 The Cuban Trogon which is the National bird, its white, blue and red plumes echoes the colors of the Cuban flag. 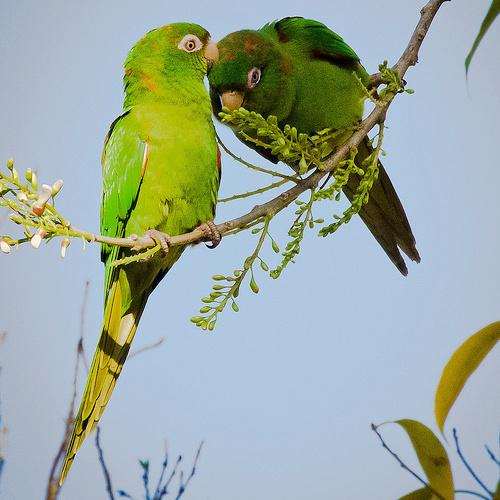 This species is endemic to Cuba. This bird has been labeled as vulnerable since 2000 due to habitat loss and trapping. 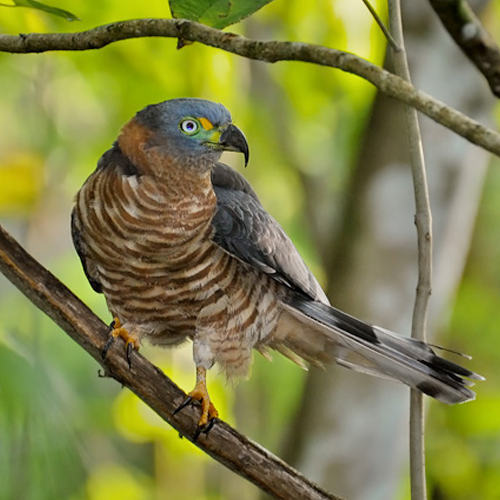 The Cuban Kite is a critically endangered species due to habitat loss.  It was once thought extinct, but 3 birds were recently found in eastern Cuba. The Cuban Kite’s habitat is heavily forested land. This species is thought to feed mostly on snails. 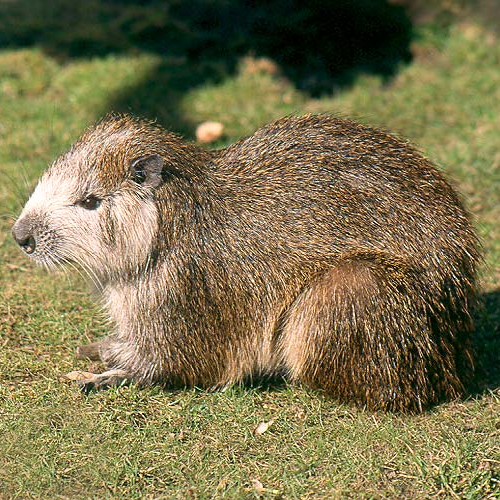 The Cuban Hutia is the largest endemic land mammal of Cuba.

It can grow to be about 60 cm in length. This rodent lives in the forests and rocky areas of Cuba. This animal is an omnivore and is known to eat fruits, leaves, small reptiles, and small mammals. Many other Hutia species are critically endangered on the island of Cuba. 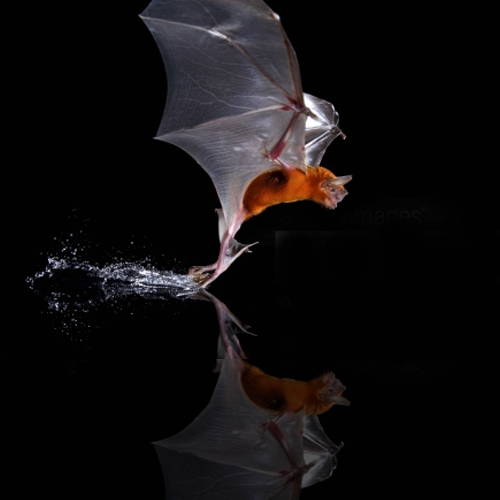 This is a nocturnal species that spends the day hiding in caves, under rocks, or in trees. This species tends to live near water as it feeds mostly on fish. 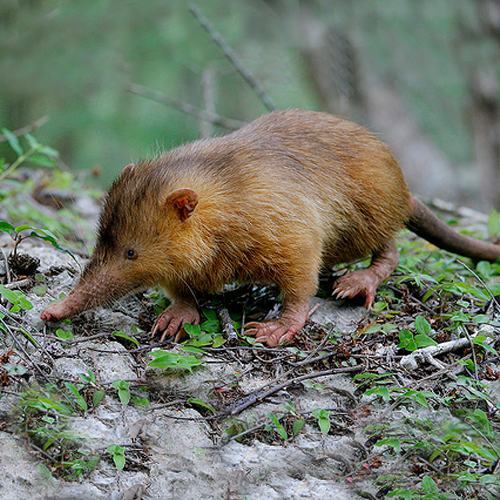 The Solenodon is endangered and was once thought to be extinct. This species is an insectivore and feeds mostly on insects and spiders. The Cuban Solenodon is found mostly in forests and thick shrub habitats. This is a nocturnal species, spending the day hiding under rocks or in trees. 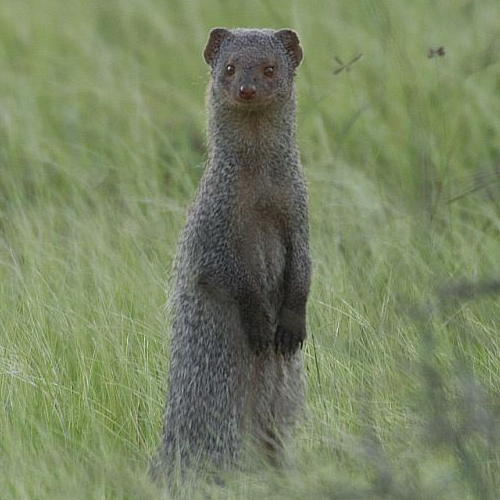 This species was introduced to Cuba to manage rodent populations. Now they have a large range and have taken to eating almost anything. The Small Indian Mongoose is an omnivore and will eat many small animals and fruits. 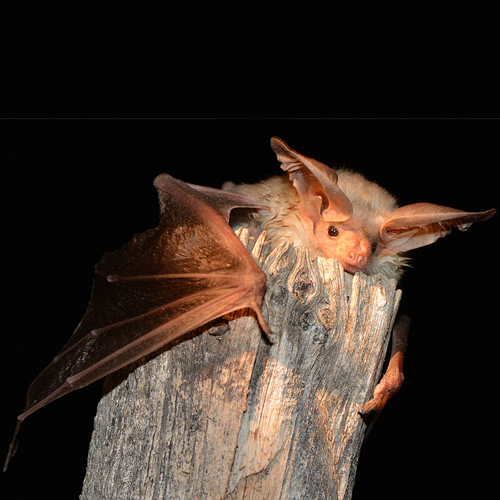 This is a nocturnal species that spends its days in caves, rocks, trees, and even houses. The Pallid Bat is an insectivore, meaning it feeds only on insects. This bat’s large ears help it to have an amazing sense of hearing. 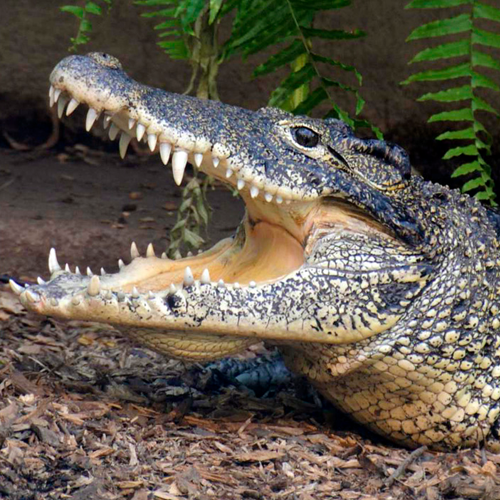 This crocodile can grow to be up to 4.9m in length This species is endangered due to the loss of its habitat. It currently has the smallest wild habitat area of any crocodile and will only swim in fresh water habitats. Cuban crocodiles feed on fish, turtles, and small mammals. The crocodile was hunted for its skin and meat in the past. However, it has been protected as an endangered species since 1996. 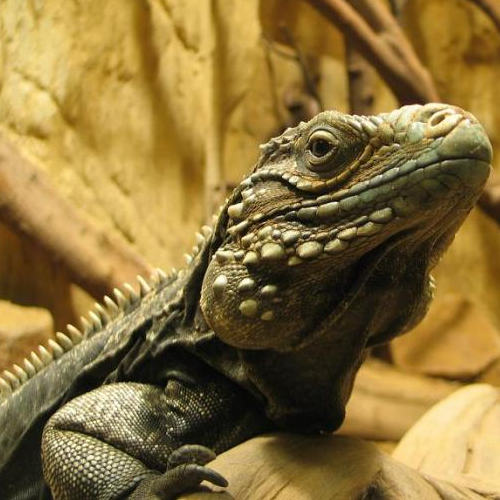 This species of iguana is listed as vulnerable in Cuba. It can be commonly found on the U.S. Naval base of Guantanamo Bay, Cuba. 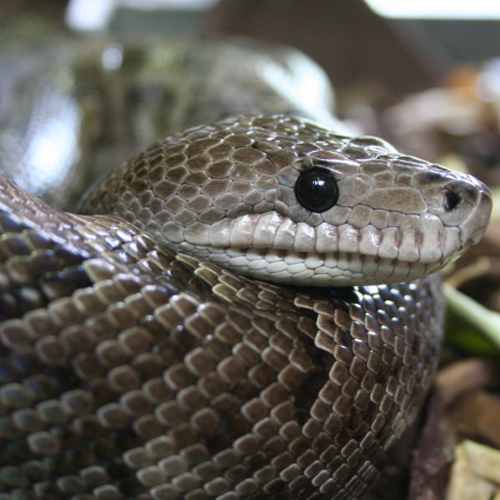 This species is listed as near-threatened. The Cuban Boa, also known as the Cuban Tree Boa, spends a lot of its time in trees. They can be found in woodland and rocky habitats. 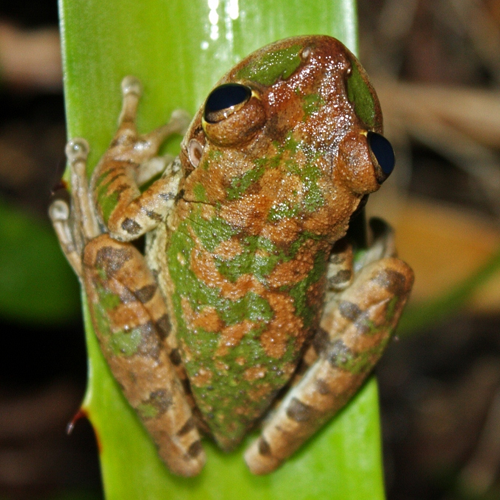 This species of frog is endemic to Cuba. It is the largest Treefrog in North America. The Cuban treefrog lives in moist areas around trees or houses. This species is nocturnal, which means it is active during the night and rests during the day. The Cuban Treefrog is a carnivorous species and will eat almost anything it can catch. 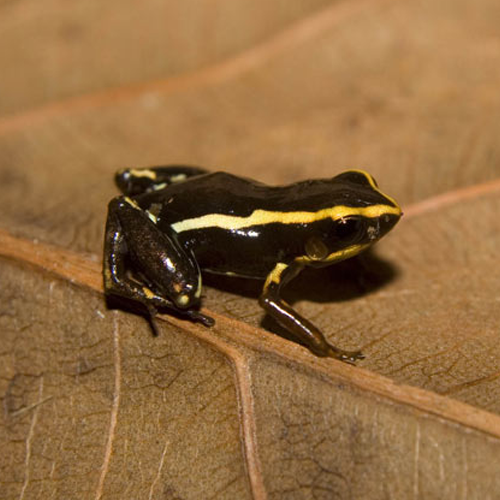 This endangered species is endemic to Cuba. It is primarily nocturnal, finding cover during the day and moving about at night. This species is extremely small (as seen in the picture) and is the smallest of its genus.