La Ciénaga de Zapata, is a marshy ecosystem, located on a peninsula in the province of Matanzas, Cuba. It is the largest wetland in the Caribbean islands with an approximate area of 300 thousand hectares. It has a length of 175 km from east to west, between Punta Gorda and Jagua, and a maximum width of 58 km from north to south.

Its boundaries are delineated south by the Ensenada de la Broa , west Gulf of Batabanó , eastern Bay of Pigs and the Central Highway north has become the artificial boundary that separates it from the wide plain of Havana- Matanzas.

La Cienaga de Zapata has an interest as a tourist destination, first, for lovers of nature tourism: bird watching, hiking, ecotourism; but there is also room for lovers of diving, trekking and adventure tourism, sport fishing and enjoyment of beaches, and even for those interested in the recent history of the island.

Your karst drainage system, the most complex of the island, its green areas, the best preserved of the Antillean archipelago, make a visit to this park is a must. Landscapes predominate low, marshy plains semipantanosas, on peat deposits and limestone, with hydromorphic soils and vegetation of natural grasslands of high aesthetic and landscape, such as the Laguna del Tesoro and Hatiguanico river basin, main waterway of the value area and Playa Larga and Playa Giron on its coastline. 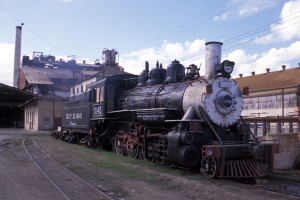 A mere 3 km from the National Highway, the main focus is on here am a resident the staff of the army and government militias during the Bay of Pigs invasion (or invasion of the Bay of Pigs, as it is also known), in that sense Command can visit the Historical Museum of the FAR.

You can also make a visit to the sugar mill, the old slave quarters, the railway workshops of the sugar factory and to hire a ride on a tourist coach drawn by a locomotive 1913, with a distance of 4 km. 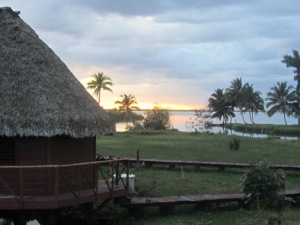 The resort Boca de Guama receives every day thousands of domestic and foreign visitors who decide to reach the Cienaga de Zapata to experience the natural beauty and history of this territory, located south of the province of Matanzas. Among its local dishes, found as a feature crocodile meat.

This is almost obligatory visit to the Crocodile Farm, established in 1962 with the aim of protecting the species, can take photos of copies of various sizes. 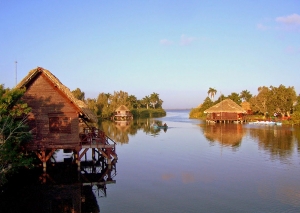 Access is by boat from Boca del Guama through a canal surrounded by thick vegetation. 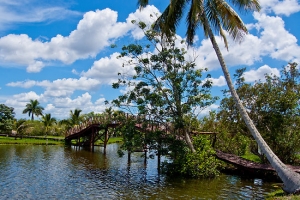 It is a resort located in the middle of the Laguna del Tesoro, with 49 cottages, disco and restaurant, has been built with all conveniences on stilts over the lagoon and linked by bridges, right next to a replica of a Taino village (first habitants of Cuba) Aboriginal where they can be seen with thatched huts numerous life-size sculptures of Aboriginal performing various daily tasks (work of sculptor Rita Longa) and recreate life here in a distant past .

Exceptional for contemplative tourism, the golden trout fishing (catch release), rides rowboats or motor, a site that allows a trip to the aboriginal culture of the island. 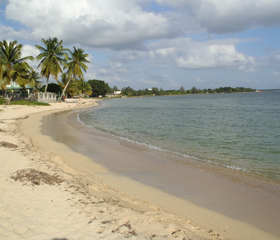 It offers the usual attractions of a beautiful beach , one of the best on the coast of the Caribbean Sea on the island and where also a magnificent coral reef with no marine depths suitable for diving .

War scenario of the Bay of Pigs invasion in April 1961 on the road to La Boca there are over 80 memorials of combatants killed in the fighting. 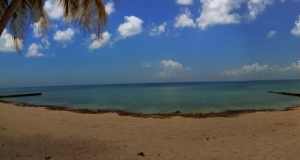 Located at the east entrance of the Bay of Pigs and 34 km SE of Long Beach, Playa Girón remembers his name to pirate Gilbert Giron French origin who took refuge in the area back in the seventeenth century.

Good beach and good seabed suitable for diving, war scenario Landing Brigade 2005 in April 1961, here there is an interesting museum (Museo Girón) dedicated to the Bay of Pigs invasion. 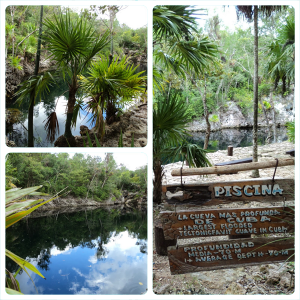 Located between Playa Larga and Playa Giron is a kind of deep cenote with crystal clear waters containing infinite variety of fish, is a great attraction for scuba divers.

Overall diving Zapata Swamp is made from the same coast in more than 14 known sites, largely diving is linked to ancient cave systems in the area whose roofs collapsed. 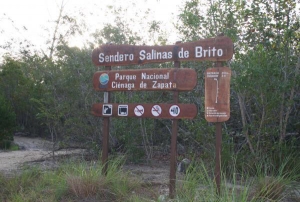 Highly demanded by tourists interested in bird watching, both migratory species as endemic to the island.

In the Cienaga de Zapata, covering 300,000 hectares of forests and mangroves , declared a Unesco Biosphere Reserve and the largest wetland in the Caribbean , you can see 258 species of birds , including 23 species of 26 originating in Cuba .

Among them are the “gallinuela of St. Thomas” and “ferminia” birds considered more restricted habitat on the planet, and the “zunzuncito” or “bird fly”, which is the smallest in the world.

What more could you want?

La Ciénaga de Zapata has interest as holiday destination, in first term, for the lovers of the nature tourism: observation of birds, hiking, ecotourism; but there is also space for the lovers of the diving, of the adventure tourism, of the sport fishing and of the enjoyment of beaches, and even for the interested ones in the recent history of the island.

Plan your trip with us

Plan your visit to La Cienaga de Zapata with us

Choose the accommodation that best suits your needs .
Are you traveling with your family , partner, you come alone … ?

Once we know your profile we can find the best accommodation.

Like the adventure, you’re a nature lover, you want to know something unique and incomparable?

Whether this is your first visit, as if you’ve been, you get the best choice to practice the activities and know the places you want.

Want to know our best options for visiting the Cienaga de Zapata ?

If any promotion or offer suits your travel planning, we can adjust or combine it with your plan.